Volunteers and donors at our project are making a real difference to the community and all construction work for the project provides employment for villagers.

Here we want to share with you information about our Uganda project and the community its developing within. Ruhanga itself is a small village where the vast majority of the population rely upon subsistence farming to survive. The exact numbers in the village, assumed to be under 10,000, are not known, however nearly all live in small houses made from mud and bricks with thatched or more often nowadays tinned roofs. There is no electricity nor running water with families relying upon their children, some of whom have been taken in as orphans, to collect water from nearby sources often carrying plastic water canisters on their heads for many miles and for many hours a day.

As such, one of our projects was to develop a secure water source for the village by building a gravity powered water tank that can deliver running water through taps into the village. Thanks to the help of volunteers and fundraising, this was achieved in 2011/12 and now many no longer have to rely on unsafe water from streams but can now, for the first time, collect their water from a nearer and reliable source.

Children in the village live a lifestyle far removed from that in the West. For most, its an early morning start to collect that water and rummage for firewood on which their family’s can cook their food over a fire. Most are too poor to have breakfast, however we have now built a school kitchen at our school to ensure that our children can start the day having eaten a free mug of porridge and face the afternoon having had lunch as well. Prior to that many of the children had no food at dinnertime which impacted on their ability to concentrate and make the most of the education on offer.

As strange as it may sound, another of our projects has been to build both girls and boys toilets! This was particularly important for the girls as many would drop out of education if they could not have private toilet facilities separate from the boys particularly when they get ‘to a certain age’. Those who do drop out remain uneducated and often face a life of poverty or early marriage. Another reason for developing our toilet project was to prevent the children using ‘natural’ facilities for toileting, potentially contaminating the water supply. Our water taps also allow the children to wash themselves after toileting reducing the risk of diarrhoea and other diseases, keeping them safe and in education. If all this sounds very basic, yes it is, but there’s little point in providing a school and education unless the children have the basic facilities such as water and sanitation to keep them well to make the most of that resource.

In 2013 we completed the building of a community health clinic. The nearest hospital is a few miles walk away and getting there is often difficult for families with young children as transport is beyond their means and walking to hospital and back with toddlers in tow is difficult for anyone however well equipped! Also, culturally in Uganda, going to hospital is normally associated with dying, so many won’t attend and get early or preventative care ~ this in a country where nearly one in ten children will die before the age of five according the the most recent World Bank report published in 2012. (Uganda itself is ranked 161th out of 187 countries in terms of its Human Development Index which measures the three basic dimensions of human development: health, education and income. That leaves it below low human development and even sub-Saharan development.) Our health clinic will bring health care right in the heart of the village and not only prevent many illnesses, but help achieve better life outcomes for the community.

Other projects we have helped initiate are the planting of orange trees to encourage the children to take vital vitamins and the distribution of malaria nets. Malaria is the leading cause of illness and death in Uganda, accounting for between 25-40% of outpatient visits at health facilities, 15-20% of all hospital admissions and 9-14% of all hospital deaths. It is estimated that 70,000 to 110,000 each people die each year from the illness and in some areas an individual may be bitten as much as 1,500 times a year by infected mosquitoes. When the illness occurs it often places an intolerable strain on already hard-stretched and impoverished families whether it requires time to care for an infected child or takes an adult away from his/her limited income/food generating opportunities. Having a net saves many lives and prevents many illnesses.

These are just some of the meaningful projects we have helped develop in Uganda that make a life-changing difference to the children and villagers of Ruhanga. But there’s so much more to do. Can you help by making a donation? Every penny goes direct to those who need it. Thank-you.

Although volunteering at our project is great fun and a life-changing experience, we appreciate it is not for everyone. If you are able to help us continue our work in Ruhanga with a donation please click the button below 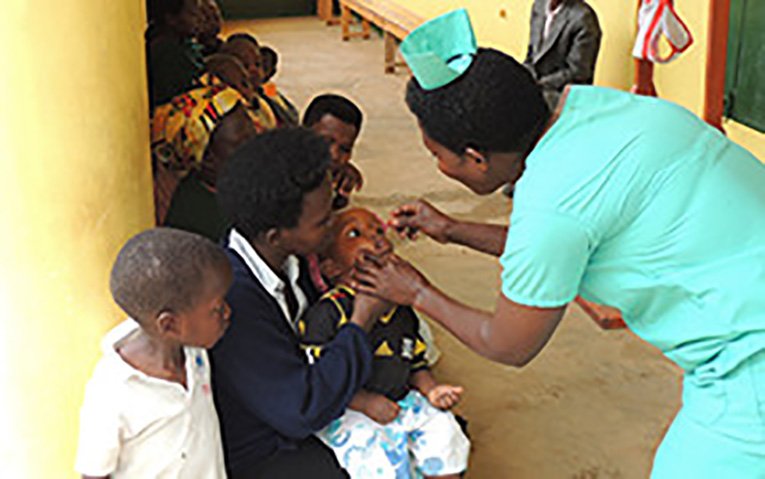